After purchasing four hectares of bare paddock with an old house on it in December 1978, the bones of Trott’s Garden began in 1984. Alan and Catherine Trott, along with their three young sons, Paul, Hamish and Matthew, planted the general area between the house and the road which we now know as the Woodland area. This area is now home to 650 rhododendrons which make a stunning display from early September through to autumn. 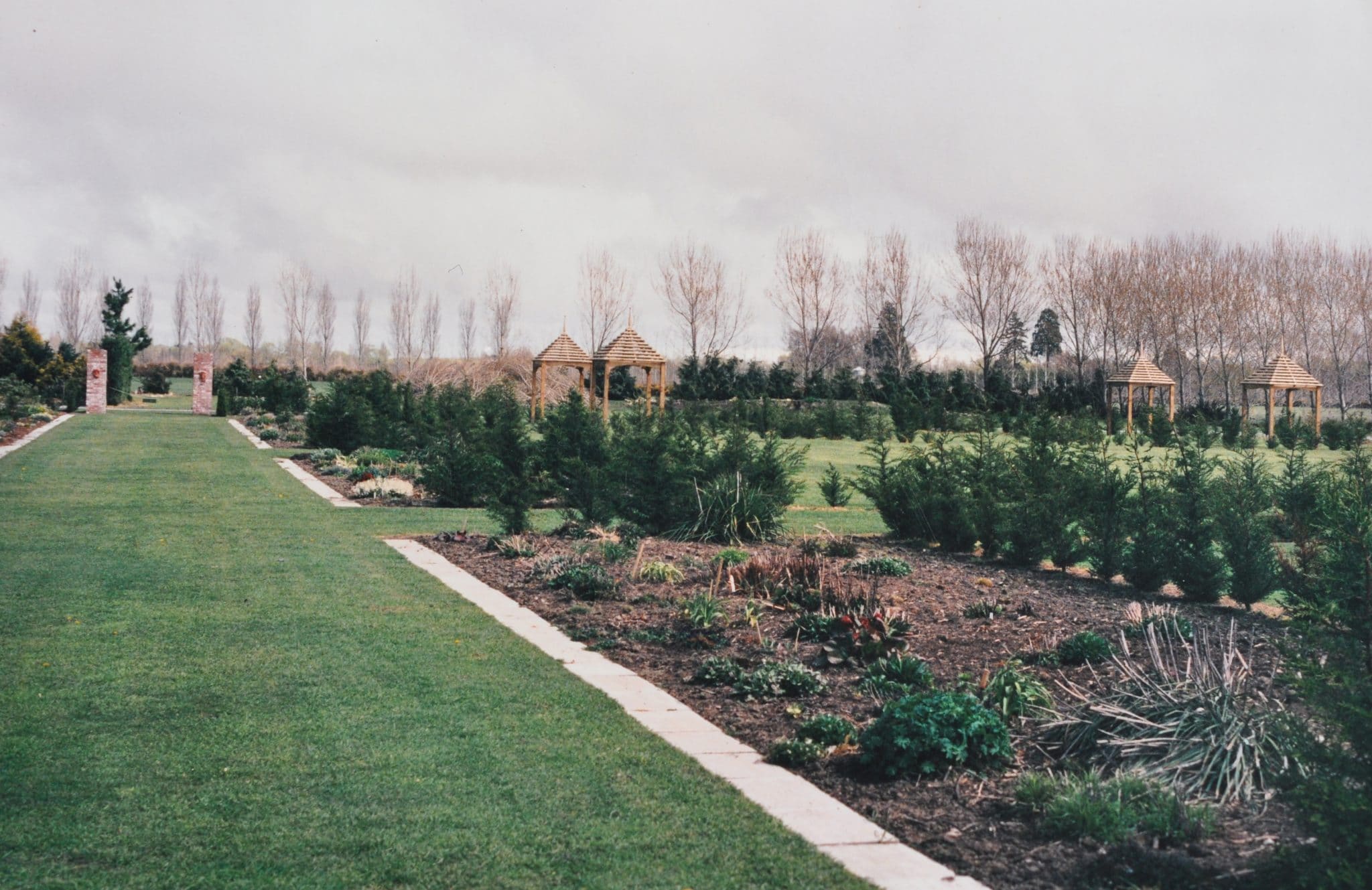 It was in 1985 that Alan sat down and drew up a full plan for the whole site and has spent the ensuing years developing it to the high standard we see today. In 1990 Alan persuaded Catherine that some more garden was required and so with the help of fellow gardeners, Pauline and John Trengrove, who is also an architect, a very formal herbaceous border and the knot gardens were planned.

The borders are a stunning 110 metres long enclosed by tightly trimmed macrocarpa hedges which provide the perfect backdrop to the floral display within. There are only perennial plants in this section of the garden, making it a rarity in the Southern Hemisphere. “Usually borders are mixed with roses and trees and shrubs in with the perennials. I don’t grow roses or natives,” says Alan during a recent garden tour.

There was once a formal rose garden in this spot with over 256 roses but they were all pulled out as the plans for the border superseded them. And that’s the thing about gardens, they constantly evolve as trees and plants grow, die or get damaged by the elements. 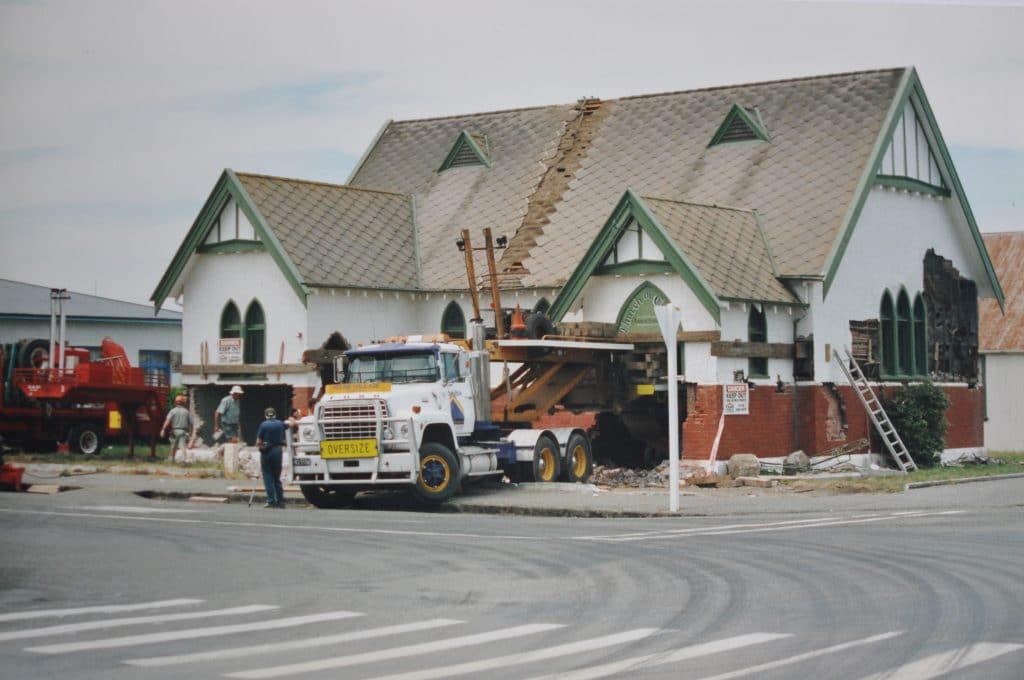 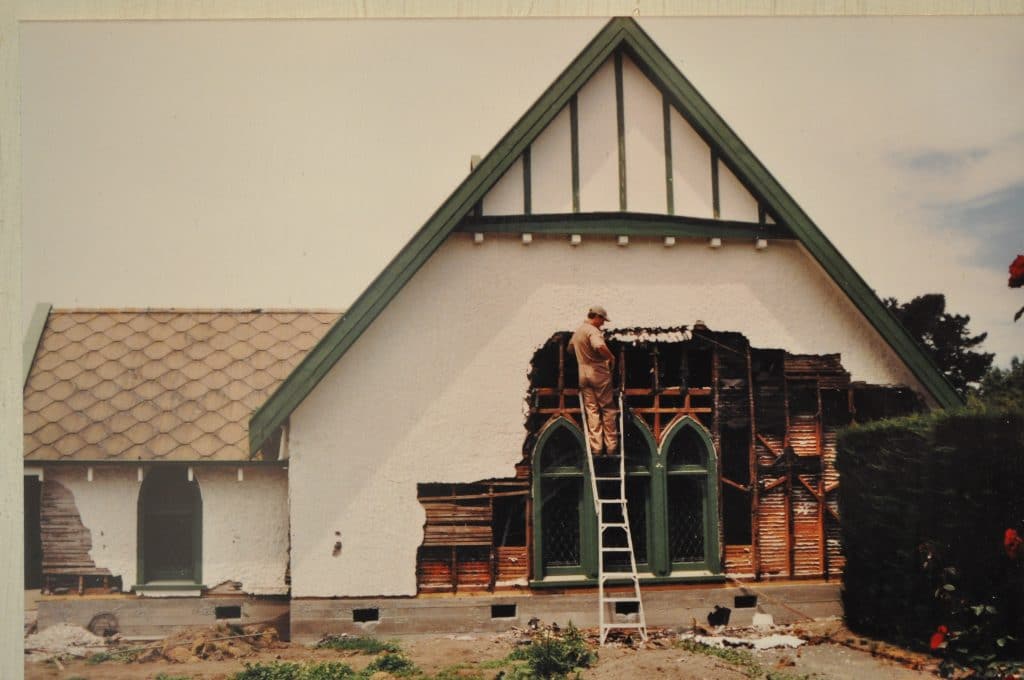 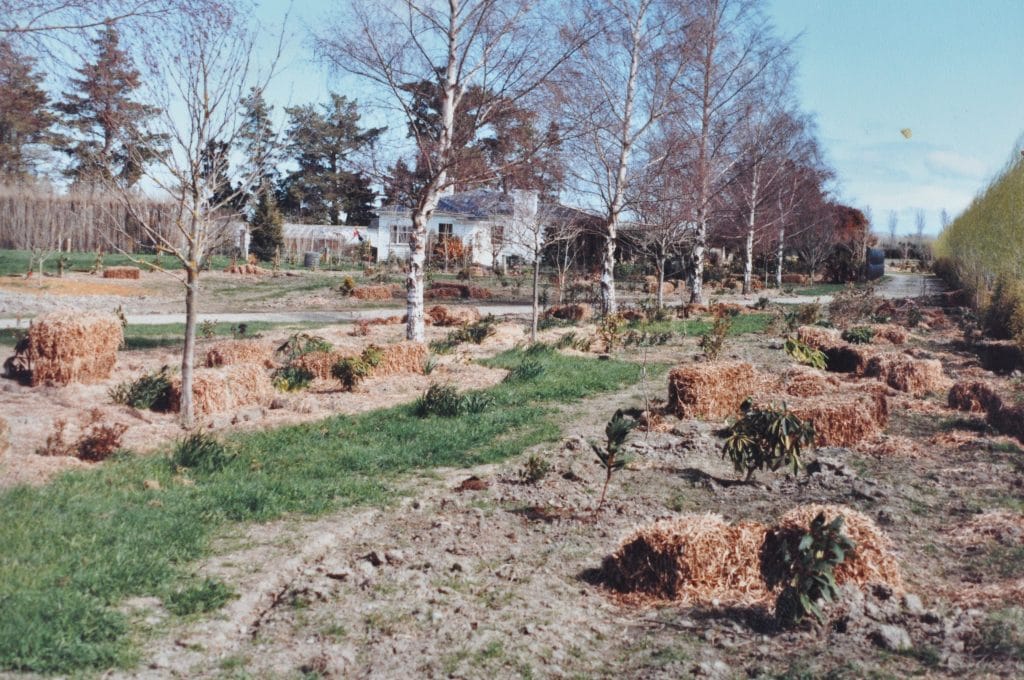 In 1998 the Ashburton Church of Christ building went up for tender. The Trott’s decided that this chapel could be a lovely addition to to the garden, especially for anyone looking for a unique place to get married. The chapel was purchased and the mammoth task of moving it to site began.  Now days the Chapel looks like it was always housed here, and is host to many gatherings, corporate functions, weddings and funerals included.

One of the newer areas of Trott’s Garden is the red border. This is one of the must-see parts of the garden. A previous planting of approximately 50 rhododendrons on this hot sunny part of the garden never really thrived or lived up to Alan’s expectations. So in the winter of 2005 they were all dug out and the blank canvas of a six-metre-deep border running 60 metres long was started. Alan began by writing down the names of as many red leaved and red flowered plants as he could find and was surprised that there were so many. A small hedge of Berberis thunbergii atropurpurea ‘Little Favourite’ lends the garden a formal structure along its length. Plants within are planted en masse and many of the dahlias in it are being trialled for renowned New Zealand  dahlia breeder Keith Hammett.

The New Zealand Gardens Trust awarded Trott’s Garden six stars (its highest category) and designated it as a NZ Garden of International Significance, as it is considered to be outstanding for its horticultural value in plant material, cultivation, design, construction, and maintenance. Following on from this accolade, Alan himself was awarded a Queen’s Service Medal in 2017 for his services to horticulture.

But like his garden, Alan felt the need for a change in pace was approaching. A group of local people talked to him about his future plans for the garden and the idea of retaining it for the local community was born. The Trott’s Garden Charitable Trust was created and took over the garden in September 2017.

In Sept 2019, The Trott’s Garden Charitable Trust made the decision to open its gates to the general public. To help with the upkeep of gardens and surrounding areas,  it was later decided there would be a minimal entry fee of $5.00 for the community to visit these award winning  gardens.

A spectacular garden evolution over 30 plus years